The team chose PLAZA S7x compact adjustable spotlights from acdc, using their precision, narrow beams to flank important vertical elements at the upper windows. “Projections along the window line tell the story of the exhibits happening on the inside. We wanted to balance the modern photography museum with the façade being this historical gem,” said Michele Clement, Principal at Kugler Ning. “It was fun; it was one-of-a-kind. And it’s a hometown project.” 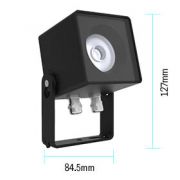 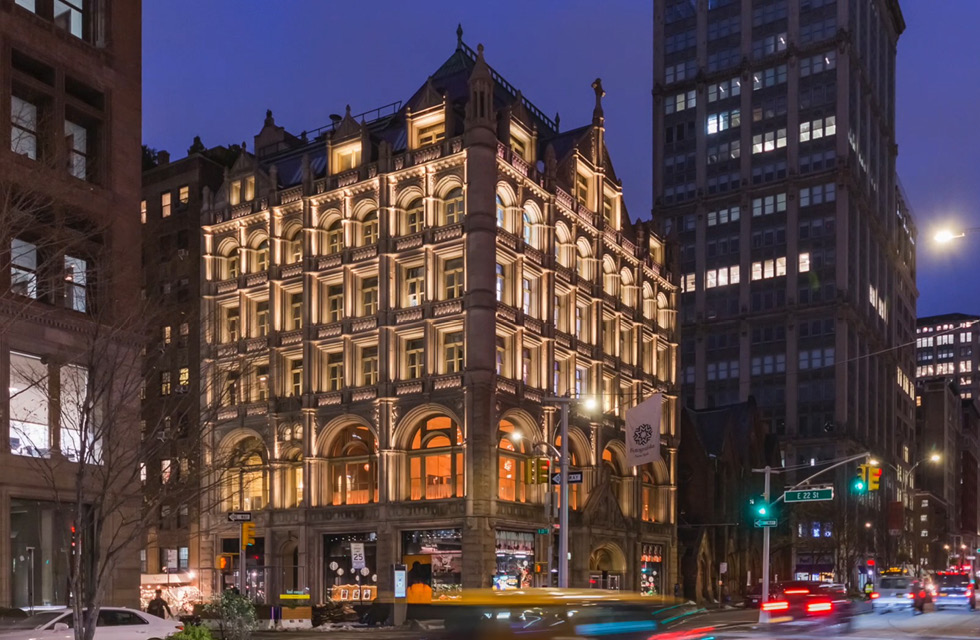 Clement explained that the PLAZA fixtures had the smallest installed footprint of any solution that met the design’s tight optical requirements. The building’s landmark designation requires that lighting fixtures keep a low profile and not impact the appearance of the building from the street. The IP65 luminaire with its sandstone-coloured powdercoat finish blends in almost imperceptibly. “By the time you’ve reached the third floor, you’re already at 30+ feet. To express these vertical columns, we needed something very powerful and very small,” Clement said.

She remarked on the spotlight’s clean, glare-free beam and the elimination of stray light that might distract from the window projections or the rhythm of the façade. The precise optics allow for mounting right up close. The light grazes the columns beautifully and picks out the simple capitals.

Kugler Ning Associate Yungbin Kim mocked up multiple colour temperatures in the office and then again high up on the weathered limestone. The team settled on a warm 2700K that, in combination with the linear lighting, makes the façade “sing”.

“The spotlights tend to disappear completely during the daytime, as if we did nothing. And then boom! At night, it looks great when it’s lit up.” 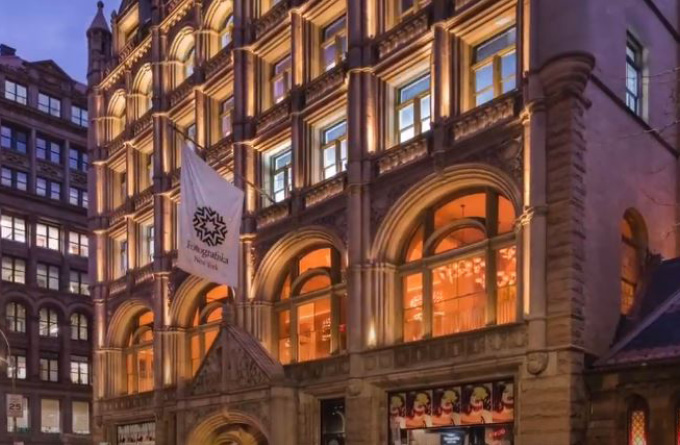 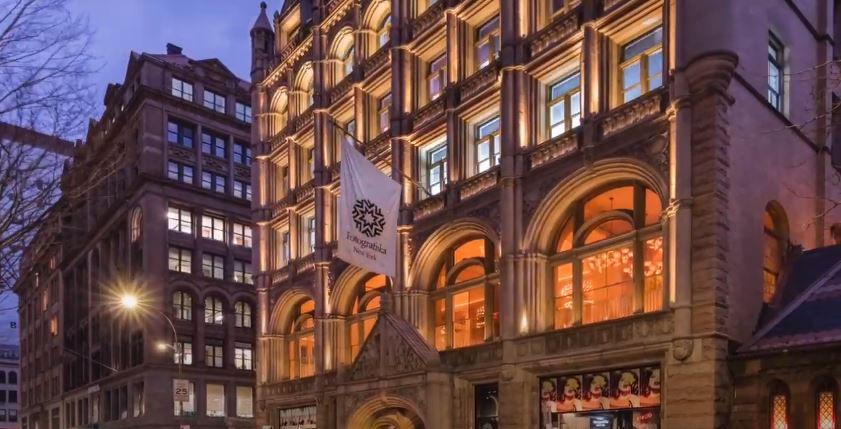 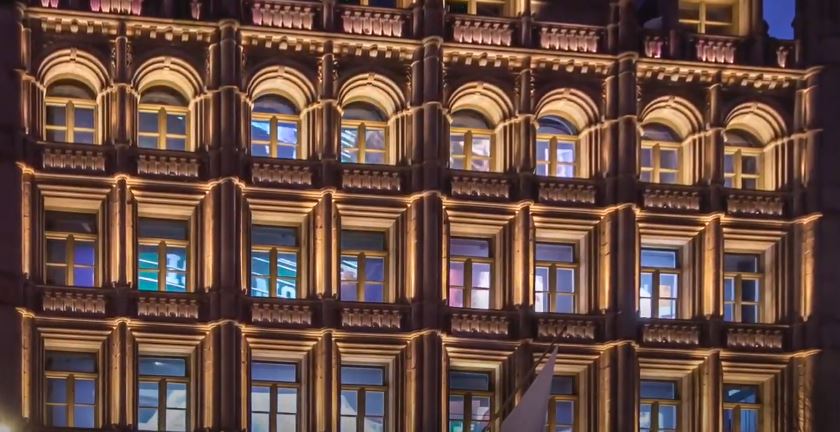 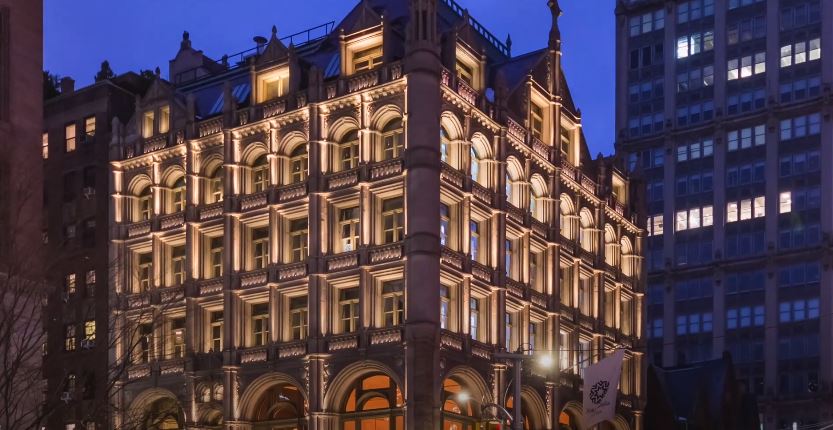