The Iron Bridge crosses the River Severn in Shropshire and is located within the Ironbridge Gorge near the town of Telford. Opened in 1781, it was the first bridge in the world to be constructed from iron and is over 100ft in length. 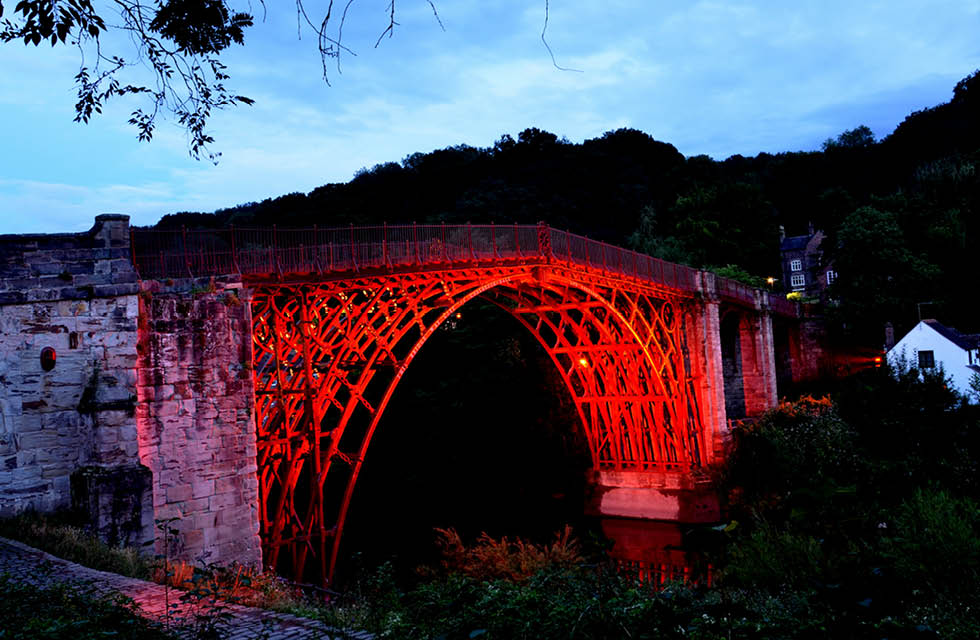 The Iron Bridge crosses the River Severn in Shropshire and is located within the Ironbridge Gorge near the town of Telford. Opened in 1781, it was the first bridge in the world to be constructed from iron and is over 100ft in length.

Designed by Thomas Farnolls Pritchard and Abraham Darby III, the bridge’s purpose was to link the neighbouring towns of Broseley (known for industry), Madelely (a smaller mining town) and the village of Coalbrookdale (significant for its iron ore smelting). The river beneath it was crucial for transporting resources between the mining towns that lie along the gorge. All of these factors combined mean the Iron Bridge and the surrounding gorge are icons for the start of the industrial revolution and today form a UNESCO World Heritage Site.

While floodlights have been lighting the bridge since the late 1970s, at 40 years old, they were no longer fit for purpose, illuminating only one side of the bridge and regularly being flooded by the river below. After English Heritage completed a £3.6m conservation project in 2017-18 to repair the bridge’s cracked joints, Telford & Wrekin Council decided that a new lighting scheme would celebrate this restoration and the 50th anniversary of Telford new town. That’s where LPA Lighting Designers come in.

The new lighting project seemed relatively straightforward to begin with. The clients wanted a scheme that would extend the economic days of Ironbridge and Telford and illuminate the bridge from either side, while English Heritage asked that neither luminaires nor cables would be mounted on or under the bridge and the visual impact of the fittings during daylight hours be minimal.

Based on these objectives, LPA’s Liz Peck and Bob Bohannon proposed a scheme using RGB floodlights mounted on columns. White light would be used during the week with special effects and color change at weekends and for special occasions.

All of these plans changed, however, when English Heritage discovered that the mid-grey bridge was originally a red-brown color. The whole bridge was then repainted in a mahogany shade – and as a result – the lighting scheme had be re-imagined. What was a 25% reflective mid-grey color became a 5% reflective brown. To maintain the required luminance with a much lower reflectance, luminaires with greater lumen packages would need to be used. These would require bigger fittings at a higher cost, so what was a simple project then became much more complicated.

Unable to access the real bridge for mock-ups (it was still covered in scaffolding and plastic sheeting for the restoration project), the designers used metal sheets and paint to determine the best color temperatures with RGB no longer an option and to make sure they could still create a ‘furnace’ effect (to represent the flickering fire from the furnaces and forges from nearby Coalbrookdale). The team also created detailed computer models of the bridge and sourced a laser-cut model of it which meant they could demonstrate beam angles and spill light to the various stakeholders including Telford & Wrekin Council, English Heritage, Enterprise Telford, Historic England and the UNESCO World Heritage Site Steering Group.

The final lighting design scheme uses our FUSION 48 floodlights mounted on bespoke wooden columns that are located in as unobtrusive locations as possible. The luminaires are bunched tightly together to reduce height and are positioned high enough up to avoid increased water levels during flooding. Some of the FUSIONs produce a 3000k warm white light and have anti-glare cowls and louvres,  while the other FUSIONs have been customised with red and amber LED boards, also with anti-glare cowls and louvres.

As cabling was not permitted, radios were used to get the signals from the DMX controllers across the bridge, allowing the clients to be able to remotely change the lighting schemes.

After three years, the project was finally completed in September 2020 when it was unveiled as part of the Ironbridge Festival. The objectives set at the beginning of the project were met. During the week, the bridge is bathed in warm white light, shifting to a dynamic ‘furnace’ of red and amber at the weekend, achieved by changing the colored light’s intensity.

These projects are always a team effort, so huge thanks are owed to acdc lighting, Aubrilam, Lee Engineering and Nick Gibbons at e-on for their respective hours of help. We've been visiting Ironbridge for three years now, and met tourists from near and far; we hope the new lighting doesn't just show the Bridge in a better light, but also entices many others to stay here longer into the evening.” 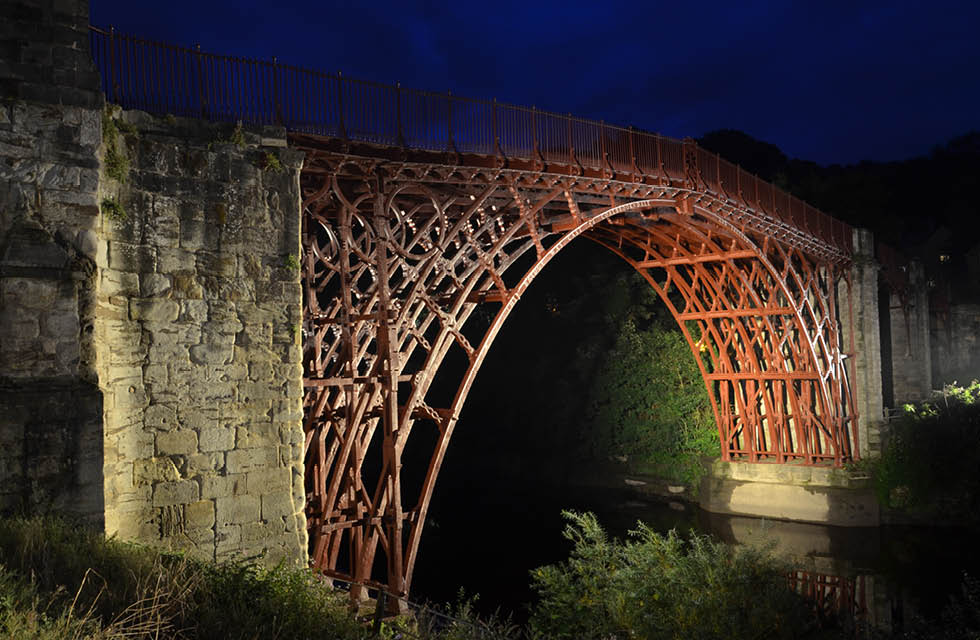 “It’s amazing to see it finally come to life; it’s been one of the most challenging, yet ultimately rewarding projects of my life; there were many days when we didn’t think we’d get to this point, not least when we all witnessed the flood waters in February this year push back the flood barriers in the town, soon followed by lockdown. The response from everyone in the town has been terrific and we believe this wonderful Bridge now has a lighting scheme befitting of its historic significance. It couldn’t have been achieved without the partnership with Bob Bohannon and our brilliant clients at Telford & Wrekin Council, who supported us magnificently throughout.”

“It’s been a very special project to us, not only is it one of the UK’s heritage crown jewels, but as well as being experienced lighting designers, both Liz and I also teach at the Lighting Industry Association academy, just up the road. These projects are always a team effort, so huge thanks are owed to acdc lighting, Aubrilam, Lee Engineering and Nick Gibbons at e-on for their respective hours of help. We’ve been visiting Ironbridge for three years now, and met tourists from near and far; we hope the new lighting doesn’t just show the Bridge in a better light, but also entices many others to stay here longer into the evening.”

“A big thankyou to LPA Lighting for all your work; I think it’s a great job and a brilliant lighting scheme! Everyone seemed blown away by it all, particularly of course the furnace effect – and the fact that local residents and businesses are hugely supportive is a clear sign that you’ve got it right.” 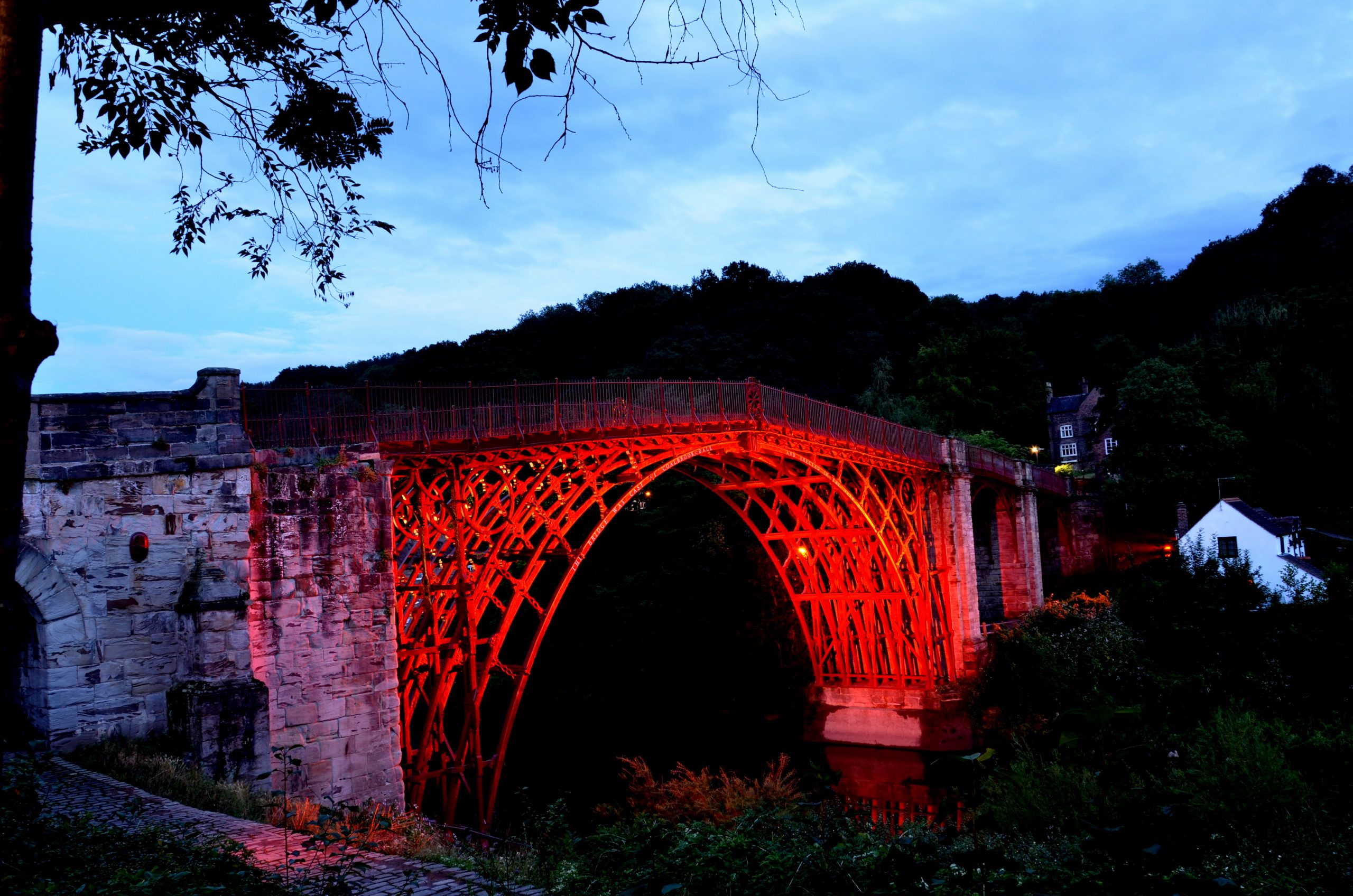 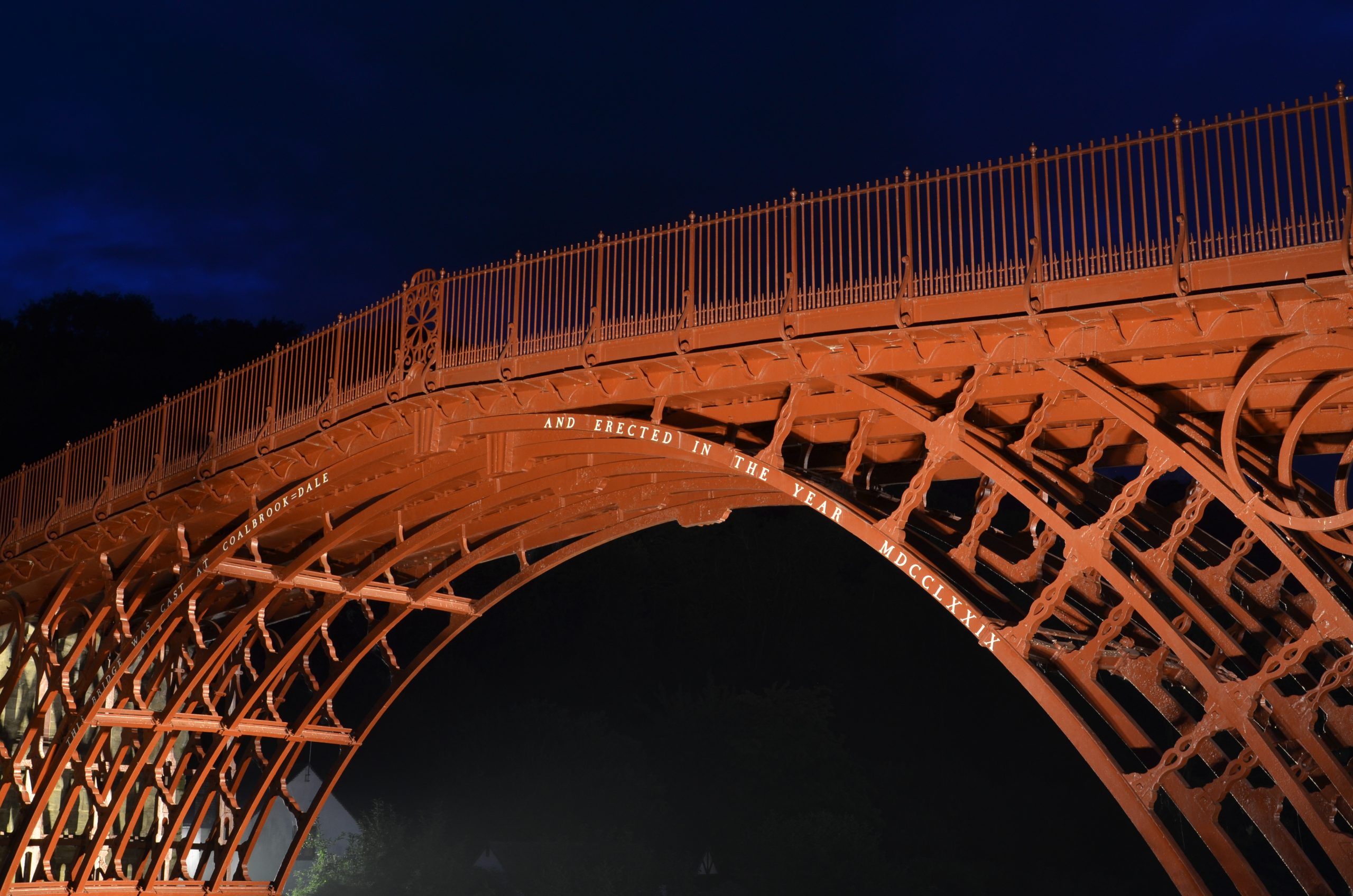