The five-star Palais Hansen Kempinski hotel is located in the centre of Vienna and is one of the city’s most important historic buildings.

Planned and built by the famous Danish architect Theophil Edvard Hansen, it opened its doors in 1873. Hansen’s work (influenced by Greek architecture) can be seen throughout the city, as he also built Austria’s Parliament, Palais Epstein and Vienna Music Society (among others). While the building was originally designed as a hotel to be used for the 1873 World Exhibition, it instead housed offices and municipal departments. 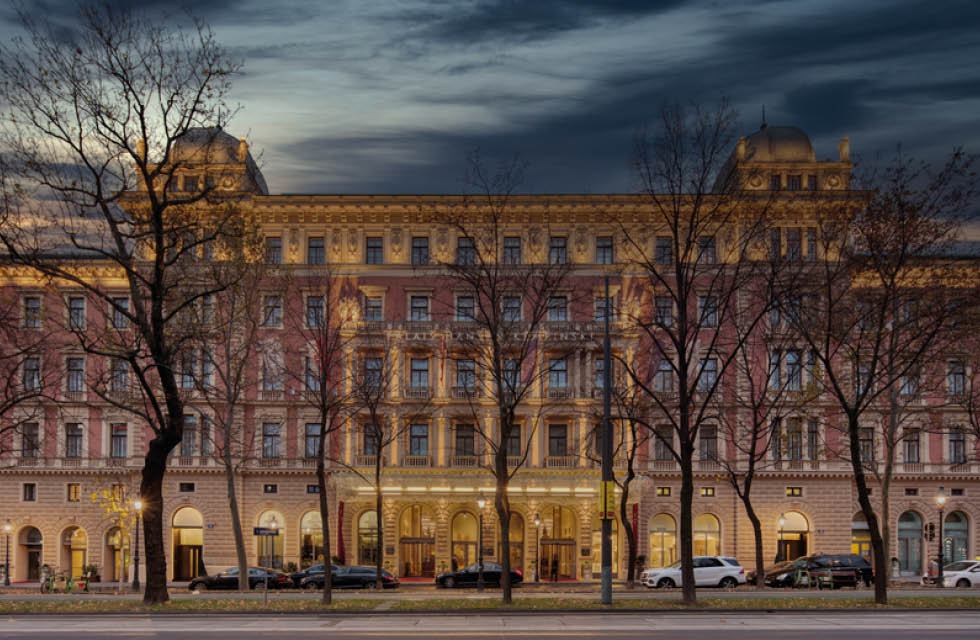 Over a century later in 1997, the City of Vienna sold the building and the Kempinski Group opened it as a hotel in 2013.

While Palais Hansen Kempinski was already lit, it was using old, inefficient technology, so at the end of 2019, acdc was tasked with illuminating the façade.

The aim of the new lighting scheme was to provide better light distribution, colour and efficiency while using products that were smaller in size and offer more flexible options.

acdc Lighting Applications Director Dan Hodgson worked with the project manager – Zumtobel Group Sales Representative Christian Huber – to come up with a plan that would meet the customer’s expectations. A mock-up demonstrated the lit effect, and after seeing the quality and performance of the luminaires, the customer gave to go-ahead to proceed with the install. 197 BLADE Si’s and 104 PLAZA 35’s now reveal the facades striking details, including its window frames, columns and, up at the top watching over the building, the statue of Nike (the Greek goddess of victory).

Today, it attracts guests from around the world and is home to a Michelin-starred restaurant.